What Tests Exist for COVID-19 and Who Should Receive Them? 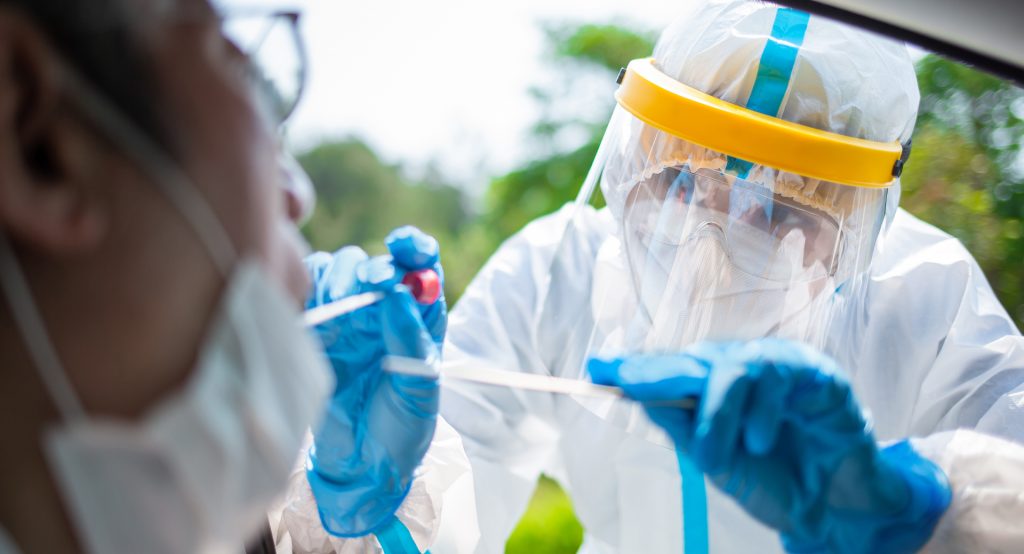 Lab testing is an integral part of a broad system for managing the COVID-19 pandemic. Testing is required to confirm infection and to help guide our state and federal leaders in re-opening the economy and education systems. However, while technology has rapidly evolved, the benefits of widespread testing remain unclear, especially for people without symptoms.

The ultimate question of who should receive a COVID-19 test should be guided by the local epidemiology and availability of testing resources. People with symptoms and potentially exposed health care workers should be the highest priority for diagnostic testing. The next tier would be asymptomatic people in congregate settings such as nursing homes or meat packing plants (presumed exposure) or those identified through contact tracing.

Antibody – Antibody tests are helpful to estimate the percentage of the population that has been recently infected. A positive result indicates an individual has been exposed to the virus and his or her immune system produced antibodies in response (one must also take into consideration that medical experts have not determined whether the presence of antibodies indicates immunity from the disease). Given the current low prevalence of antibodies in the population, the likelihood of a false positive may be unacceptably high, and test results should be interpreted with caution. Antibody testing is often referred to as serological testing. You may also hear the terms ELISA and lateral flow tests, which are the most common methods for antibody testing.

Diagnostic (PCR) – Diagnostic testing is often referred to as molecular, PCR, or RT-PCR  testing, which describe the method of performing the test in the lab. Diagnostic PCR testing may also be called nucleic acid or RNA testing, as these tests detect the unique genetic sequence of the novel coronavirus. Molecular PCR testing is considered the “gold-standard” method for diagnostic testing. It is typically performed in a hospital or independent reference lab (such as LabCorp or Quest Diagnostics) due to the expense and sophisticated nature of the equipment, materials and labor involved.

Diagnostic (antigen) detection – A more recent method made available for diagnostic testing is known as antigen detection, whereby the test detects foreign proteins on the surface of the virus. The typical advantages of antigen testing in the past have been higher throughput (with potential for faster turnaround time) and lower costs through a more scalable testing platform. However, antigen testing is typically not as sensitive as PCR testing, and therefore is likely to produce more false negatives. But speed, cost, and simplicity of specimen collection and transport are also important factors to consider when evaluating a testing platform. The FDA currently recommends that negative antigen test results be confirmed with a highly sensitive, authorized molecular test.

Point of care (POC) testing – This refers to diagnostic testing that is performed immediately after specimen collection. The result can be available between 5 – 45 minutes from the time it is collected. This can be an advantage for low-volume testing scenarios, but is often not practical for mass screening or high-volume testing. The specificity of these tests is generally good, but the sensitivity for POC tests is often inferior, meaning there will likely be more false negatives. One way to address this challenge is to order PCR molecular tests as a confirmatory test for those patients who show symptoms but test negative with POC tests.